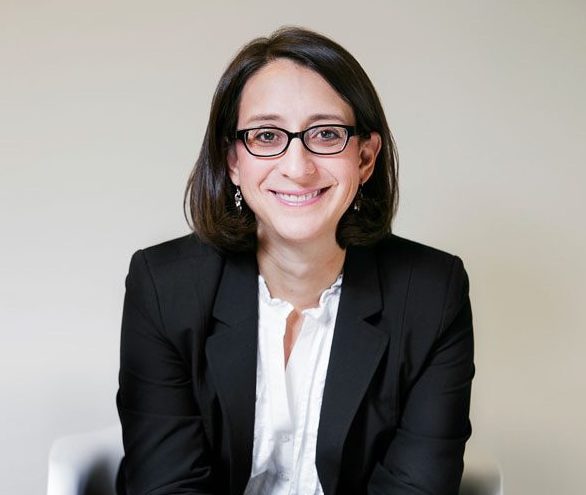 Julie Jacobs is the Chief Legal Officer and General Counsel of HP Inc. Throughout her career, Julie has exemplified the values of Rising for Justice through her commitment to building impactful pro bono programs, her career-long dedication to mentoring the next generation of lawyers, and her pioneering leadership in the technology and media industries, which have made her a pillar of the Greater Washington area’s legal community. As a result of her efforts, members of Julie’s legal department have gone on to senior executive positions, including CEOs and GCs, in technology, government contracting, sports and entertainment, healthcare, and other industries.

Under Julie’s leadership, the legal team at Verizon Media was recognized in 2020 by the Washington Business Journal for their outstanding commitment to the community with an exceptional in-house pro bono program that provided representation on critical matters, such as public benefits, immigration, consumer debt and family law. In 2015, Julie was recognized as the Mentoring Lawyer of the Year by the Chambers Women in Law Awards for her enduring commitment to supporting and guiding young attorneys.

In her previous role as General Counsel of Yahoo Inc., Julie was responsible for all legal, regulatory, privacy, compliance and public policy matters for Yahoo and its portfolio of brands, including Yahoo Mail, Yahoo.com, Yahoo Finance, Yahoo News, Yahoo Sports, AOL and TechCrunch, among others. Julie led the acquisition of AOL by Verizon in 2015, orchestrated the integration of Yahoo and AOL in 2017 and negotiated the acquisition of Yahoo by Apollo Global Management in 2021. Prior to Yahoo, Julie served as Executive Vice President & General Counsel of Verizon Media and AOL. Julie joined AOL in 2000 from Milbank Tweed Hadley & McCloy LLP.

Julie graduated from Georgetown University Law Center where she was a member of The Georgetown Law Journal and holds a B.S. degree in Finance from the University of Colorado, Boulder. She lives in Arlington, Virginia with her husband, three sons and a Golden Retriever named Oshie. Julie spends her free time at various ice rinks cheering on her hockey-playing boys as well as the Washington Capitals.